Roughly 5 million Americans move from one state to another annually and some states are clearly making out better than others.  Florida and South Carolina enjoyed the top economic gains, while Connecticut, New York and New Jersey faced some of the biggest financial drains, according to a Bloomberg analysis of state-to-state moves based on data from the Internal Revenue Service and the U.S. Census Bureau.

Connecticut lost the equivalent of 1.6% of its annual adjusted gross income, as the people who moved out of the Constitution State had an average income of $122,000, which was 26% higher than those migrating in. M 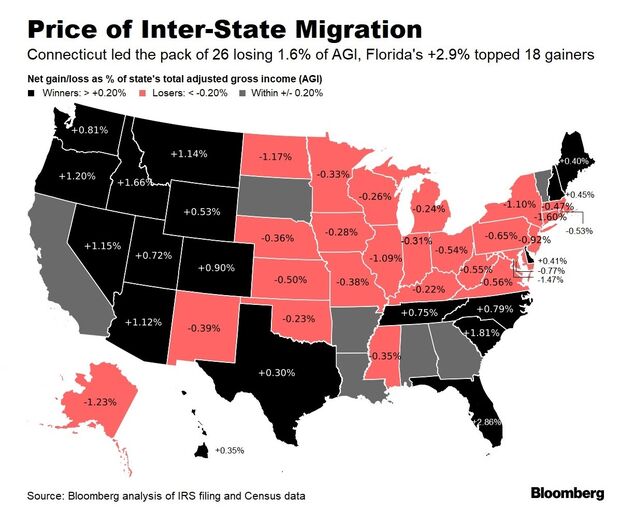 The domestic American Dream has always been about the fridge. Forget washing machines and tumble dryers – they’ve long since been relegated to the utility room or basement. Dish washers? They’ve always been as dull as dishwater. Ever since the ‘fifties and the post-war boom in consumerism, the fridge has been king in the kitchen – and the bigger the better. So, do you want to keep up with the Joneses? Well, unless you have about $6,000 to spare, keep your fingers crossed that the Joneses don’t invest in a super sophisticated Samsung Family Hub Refrigerator.

So, what is it exactly? It’s a fridge and also a tablet. A 21.5-inch full HD LCD screen is displayed on the front of the door. You

Forget about Netflix, get out there and enjoy the summer days.

It's officially May, which means summertime is practically in full swing in Florida. The excitement of constant warm weather is something we look forward to for months, but going to your local beach or spending every afternoon in your pool can get old real quick if that's all you do. Before you know it, the summer days are slipping away and you don't feel like you've made the most out of the season.

There's a lot to do in Florida when it comes to being outside, so change up your regular weekend routine this summer and check out some of these unique spots around Florida:

Near Williston is the Devil's Den